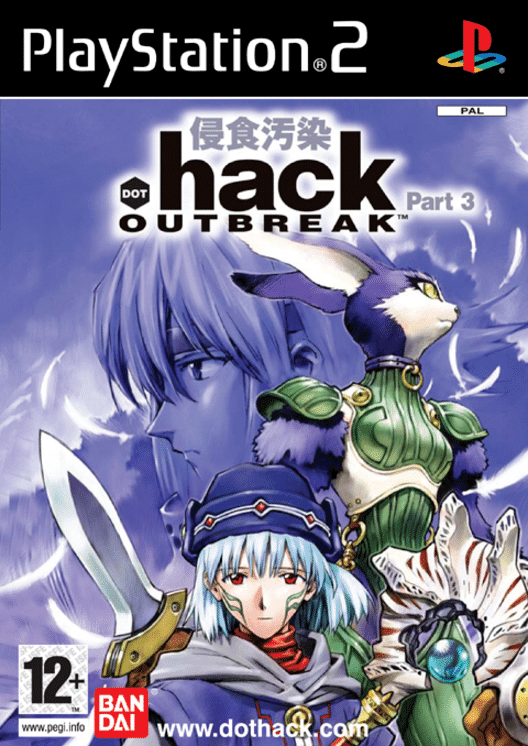 US
PlayStation 2 Released on 8 September 2003

.Hack//Outbreak is the third of a series of four games, titled .hack//Infection, .hack//Mutation, .hack//Outbreak, and .hack//Quarantine, features a "game within a game"; a fictional massively multiplayer online role-playing game (MMORPG) called The World which does not require the player to connect to the Internet. Players may transfer their characters and data between games in the series. Each game comes with an extra DVD containing an episode of .hack//Liminality, the accompanying original video animation series which details fictional events that occur concurrently with the games.